Griddles are, of course, one of the best pieces of cookware out there. You can cook veg, meat, pancakes, eggs and more or less everything in between on them. Non-stick griddles won’t rust, but unfortunately, other materials such as stainless steel can do.

You used to have a shiny, awesome-looking metal griddle, and now it’s all rusty and nasty looking. Yeah, it’s quite the problem, and although cooking on a rusty surface isn’t really dangerous, it certainly isn’t appealing either.  We want to talk about rust, your griddle, and how to remove rust from a griddle. Let’s get to it!

A Rusty Griddle – Why Does It Happen? Is It Dangerous?

Simply put, rust occurs when you have a combination of water, iron, and oxygen. It’s a form of corrosion that happens naturally in the environment. Rust forms when iron and some other metals are exposed to oxygen and moisture. It’s actually a more stable form of iron.

Now, you might be wondering whether or not cooking on a rusty surface like a rusty griddle is dangerous. Rust can harbor some bacteria, but in the grand scheme of things, it’s not really dangerous.

If there is just a bit of rust present, it won’t get into the food, and eating a teeny bit of rust won’t kill you either. That being said, it’s definitely healthier to not eat rust or cook on a rusty surface if you can avoid it. Moreover, cooking on a very rusty surface is definitely not very appealing either. So, the best thing to do is to prevent your griddle from getting rusty. If it does get rusty, you need to clean it off. 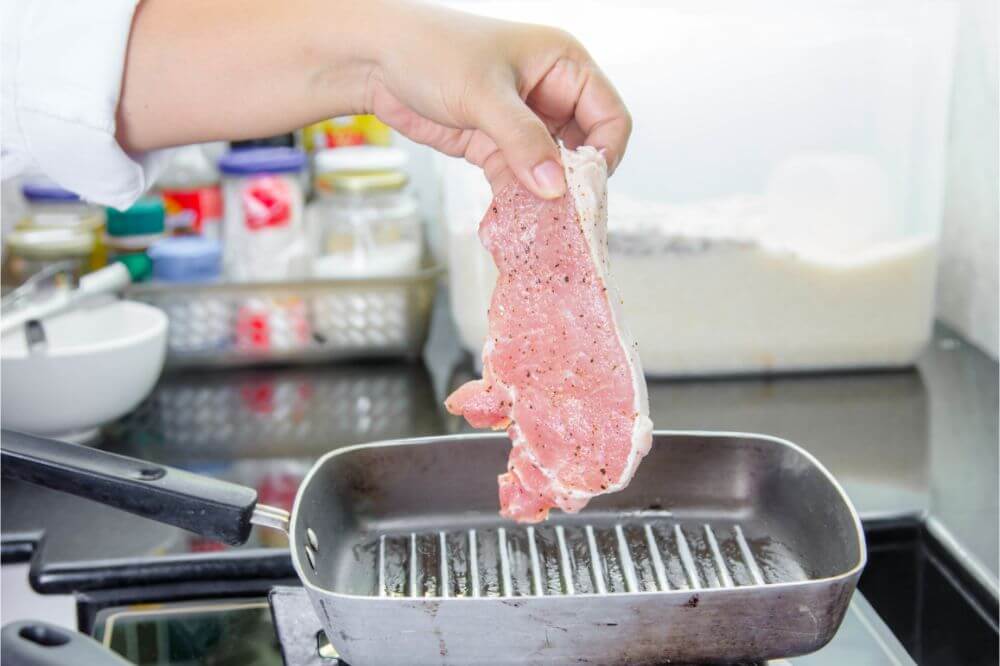 How to Remove Rust From a Griddle: Step By Step

Removing rust from a griddle is fairly straightforward. That said, you will need a few tools, a couple of hours, patience, and a bit of muscle power too. Let’s figure out how to remove rust from a griddle with as little effort as possible right here and now.

Preventing Your Griddle From Rusting

Alright, so cleaning rust off a griddle is not fun and isn’t very easy either. If you work on preventing rust from occurring in the first place, you will make your life a heck of a lot easier. So, let’s talk about some steps you can take to prevent your griddle from rusting in the first place.

There you have it folks: The best and fastest way to remove rust from your griddle, and how to prevent it from occurring the first place. People, nobody wants to eat food cooked on an orange, rough and rusty griddle, so be careful how you treat it!